Puglia from top to bottom 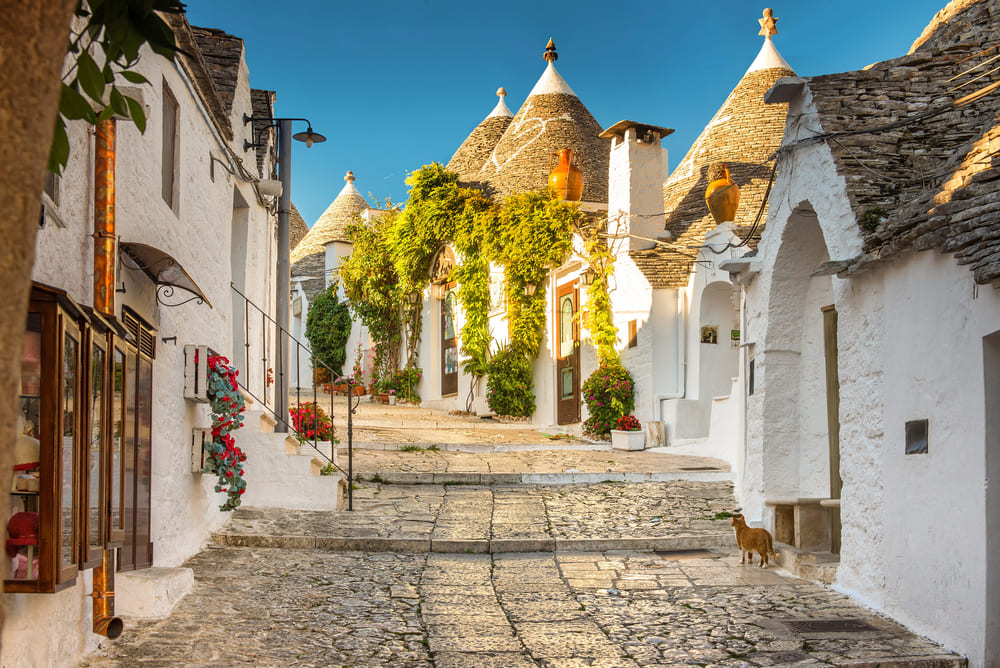 Puglia is a pearl among the regions of Southern Italy, located in the south-east of the peninsula, facing the Balkans. Its unmistakable long and narrow peninsula shape has given it the nickname “boot heel”.

It was once a starting point or landing place for pilgrimages to the East, with the Appian and Appian-Trajan routes. After a few decades of rediscovery and enhancement, today Puglia is a sought-after destination for international events and exclusive holidays in the name of relaxation, well-being and cuisine.

Puglia gained this reputation thanks to its enchanting sea, rural landscapes with monumental features and numerous sites of historical and archaeological interest. Between cities, villages and immense countryside spaces, you never get bored in Puglia. The local population is welcoming, hospitable, and open to the world. Due to the warm Mediterranean climate, the days are marked differently from what happens in central and northern Italy.  They take a break after lunch similar to the Spanish siesta, called “controra”. During this time locals sleep, and activities cease.

Various directors and writers have effectively portrayed this land, its contradictions and evolution between tradition and innovation. Among them are Lina Wertmuller, Edoardo Winspeare, Sergio Rubini and the Piva brothers. In contemporary literature Nicola Lagioia, Omar Di Monopoli, Mario Desiati and Daniele Rielli. In the musical panorama, among the various traditional dances, the Salento pizzica has become so famous that it is taught all over the world.

The far north promontory (the “spur” of the boot) is the Gargano, an isolated and wild area that can only be reached by car for at least two days of travel. From here you can enjoy memorable views at sunset from the trabucchi (wooden constructions through which fishing took place) and overhanging the sea from the bends to the south-east, access to the Umbra Forest (the only one in the region) and to two religious pilgrimage sites, Monte Sant’Angelo and San Giovanni Rotondo. 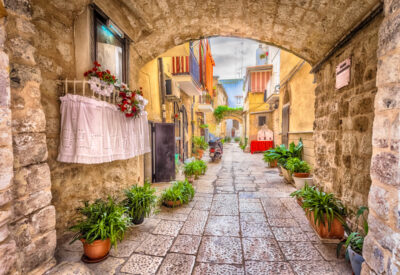 Proceeding south, past the Margherita di Savoia salt pans, we pass through the Imperial Puglia. Here you can visit the castles of Frederick II of Swabia in Trani and Barletta, but above all Castel del Monte. Continue on to Bari, the capital, a pilgrimage destination from Eastern Europe for the Church of San Nicola. Bari offers tourists the authentic experience of witnessing locals prepare street food (sgagliozze and orecchiette) on their doorstep. 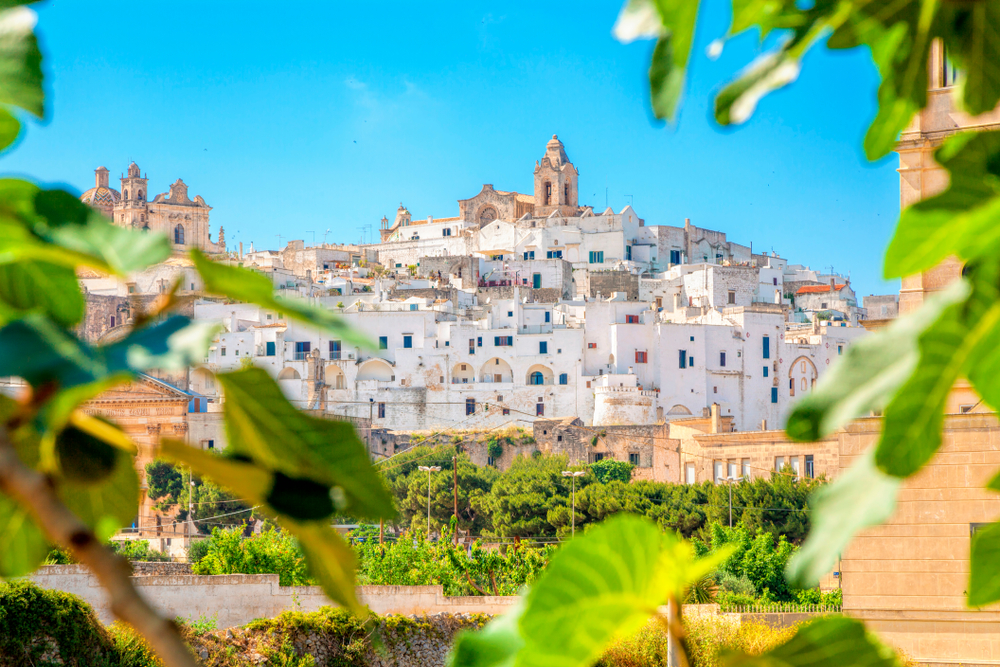 Central Puglia is the most popular area due to seaside resorts. Visit Polignano a mare, with its fascinating sea caves, and Monopoli, with its impeccable historic center and picturesque harbor. Further inland, there are important hilly villages such as Conversano and Castellana (known for its underground caves).

A highlight of the centre of this region is Alberobello. Particularly the Itria Valley and its dominant and unique architectural landscape of ‘Trulli’; pointed conical houses built in lime-free stone. Not to be missed are the villages of Locorotondo and Cisternino, where you must try the typical meat from the stove. You can also head to Martina Franca, famous for its baroque architecture, and Ostuni, known as the White City, of which there are many in Puglia. 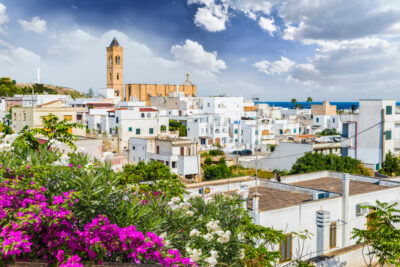 From Martina Franca the city of Taranto is easily reachable. An ancient site of Magna Graecia, its where the most important Museum of Archeology in the region is located. Proceeding southwest from Ostuni you enter Salento, with the baroque historic center of Lecce. Popular seaside resorts on the two sides of the peninsula are Gallipoli and Otranto. The southernmost part, with its crystal-clear waters, is known as the Maldives of Salento (in the area between Santa Maria di Leuca and Marina di Ugento).

Coffee stands out from the rest of Italy in Salento. It is mixed with almond milk, locally known as caffè leccese. On the way back to Lecce, a must-stop is Galatina for the famous Lecce dessert (pasticciotto). There is the most important Gothic-Roman monument in the region, the Basilica of Santa Caterina d’Alessandria.

The two international airports of reference for an itinerary from north to south are Bari and Brindisi.